MEDIA RELEASE PER ONE CHAMPIONSHIP

20 March 2018 – Bangkok, Thailand: The largest global sports media property in Asian history, ONE Championship™ (ONE), held an open workout for competitors of ONE: IRON WILL at Bangkok Fight Lab in Bangkok, Thailand on Tuesday, 20 March. The workout featured Thailand’s celebrated martial arts superstars such as Shannon Wiratchai, Dejdamrong Sor Amnuaysirichoke, Rika Ishige and Kritsada Kongsrichai who showcased their martial arts techniques in front of fans and media.

Ticket information for ONE: IRON WILL is available at www.onefc.com

Shannon Wiratchai, ONE Athlete, stated: “Competing in front of my hometown fans is always a great pleasure. However, in my last bout in Bangkok, I wasn’t able to give my countrymen a sweet victory. I have been working very hard to get back on the winning track. I will showcase my best skills in this bout and take home the win for Thailand. Bangkok, be ready. I am bringing the action right to you.”

Dejdamrong Sor Amnuaysirichoke, ONE Athlete, stated: “I believe the losses that I have suffered in my career have taught me a lot. I see those setbacks as an advantage, rather than just a blemish on my record. This match means a lot to me. I want to prove that I deserve to be competing on this international stage. I want to show to my countrymen that we also excel in martial arts, and to inspire more people to pursue their respective dreams.”

Rika Ishige, ONE Athlete, stated: “Martial arts in Thailand has really taken off, and I am proud to be a part of its growth. I have progressed a lot so far in my young career. The possibilities are endless for me, and I will continue to work hard to make my family and my fans proud. This is an awesome opportunity to showcase my skills on 24 March, so I will not take my opponent lightly.”

Kritsada Kongsrichai, ONE Athlete, stated: “It is an honor for me to represent my country. I will do my best to make my people proud. Since I joined ONE Championship, I have learned so much that has helped me throughout my career. I feel that I am ready to take the next step. My opponent is not easy, and it is going to be tough to face my fellow countryman, but I am prepared to do what it takes to win.”

Shannon “OneShin” Wiratchai of Thailand is one of the most thrilling offensive innovators in ONE Championship. The creator of the OneShin Striking System, Wiratchai developed his own style which incorporates various elements from Muay Thai, boxing, wrestling, and Brazilian jiu-jitsu. Training out of Tiger Muay Thai and Bangkok Fight Lab, Wiratchai emerges as Thailand’s biggest and most exciting martial arts star. After falling short against Russian lightweight Rasul Yakhyaev last December, Wiratchai seeks to re-enter the winner’s circle as he faces Singapore-based Indian martial artist Rahul Raju at ONE: IRON WILL.

Former ONE Strawweight World Champion Dejdamrong Sor Amnuaysirichoke is a three-time Lumpinee Stadium Muay Thai world champion who has an 8-3 professional record as a martial artist. He is known as a technical striker with quick hands and lightning feet, employing some of the most unique and creative offensive combinations. As a martial artist with over 25 years of competitive experience, Dejdamrong is a seasoned veteran. Dejdamrong aims to redeem himself in front of his countrymen as he is slated to lock horns with Jeremy Miado of the Philippines.

Rika “Tinydoll” Ishige is a 28-year-old female atomweight from Thailand who trains out of Tiger Muay Thai and Bangkok Fight Lab. She is of mixed Japanese and Thai heritage, beginning her martial arts training at age 9 with aikido and taekwondo. Heavily influenced by her late father who trained in judo, Ishige went on to hone her skills as a martial artist, and turned professional in 2017. All of Ishige’s victories have ended via impressive finish, showcasing her high-level grappling skills. In her last cage outing, she scored a second-round submission win over Rome Trinidad. Ishige looks to continue her winning ways when she takes on Filipino newcomer Angelie Sabnal.

Strawweight contender Kritsada “Dream Man” Kongsrichai of Thailand is a martial artist and one of the most promising young athletes in ONE Championship. He made his promotional debut in ONE’s first ever show in Bangkok in 2016, stopping opponent Kev Hemmorlor via first-round technical knockout. In his last bout, Kongsrichai made quick work of Rabin Catalan, finishing his Filipino opponent via first-round technical knockout. Kongsrichai is now set to return to the ONE Championship cage to give another spectacular performance, this time against Rabin’s brother Robin Catalan.

ONE Championship is the largest global sports media property in Asian history. Headquartered in Singapore, ONE Championship is the home of martial arts and is the world’s largest martial arts organization, hosting bouts across all styles of martial arts such as Muay Thai, Kickboxing, Karate, Kung Fu, Silat, Sanda, Lethwei, Mixed Martial Arts, Tae Kwon Do, Submission Grappling, and more. The world’s most exciting martial arts organization hosts the largest sports entertainment events across Asia, featuring some of the world’s best martial artists and world champions, all signed to exclusive contracts, on the largest media broadcast in Asia. In addition to its digital platforms, ONE Championship broadcasts to over 1.7-billion potential viewers across 136 countries around the world with some of the largest global broadcasters, including Fox Sports, ABS-CBN, Astro, ClaroSports, Bandsports, Startimes, Premier Sports, Thairath TV, Skynet, Mediacorp, OSN, and more. 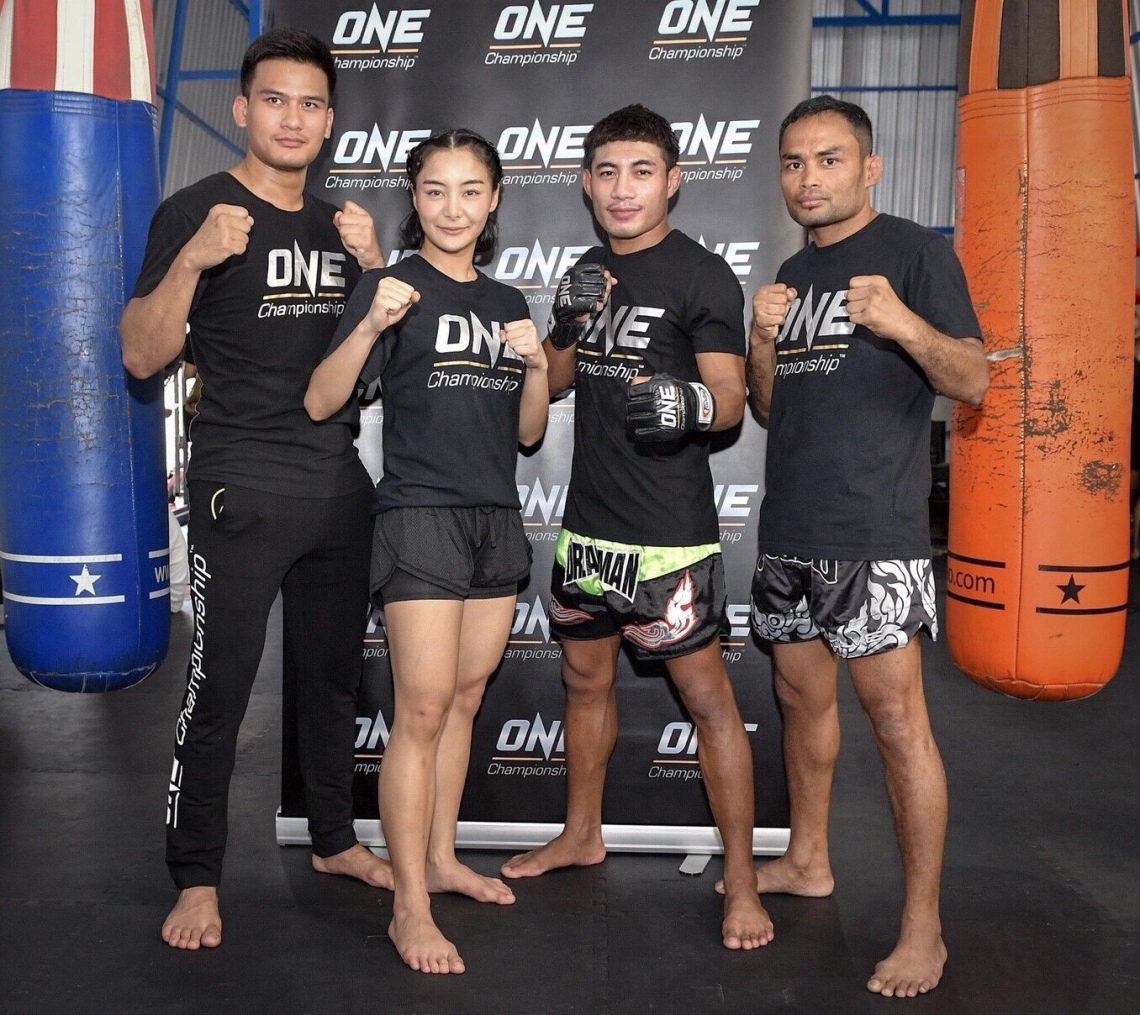 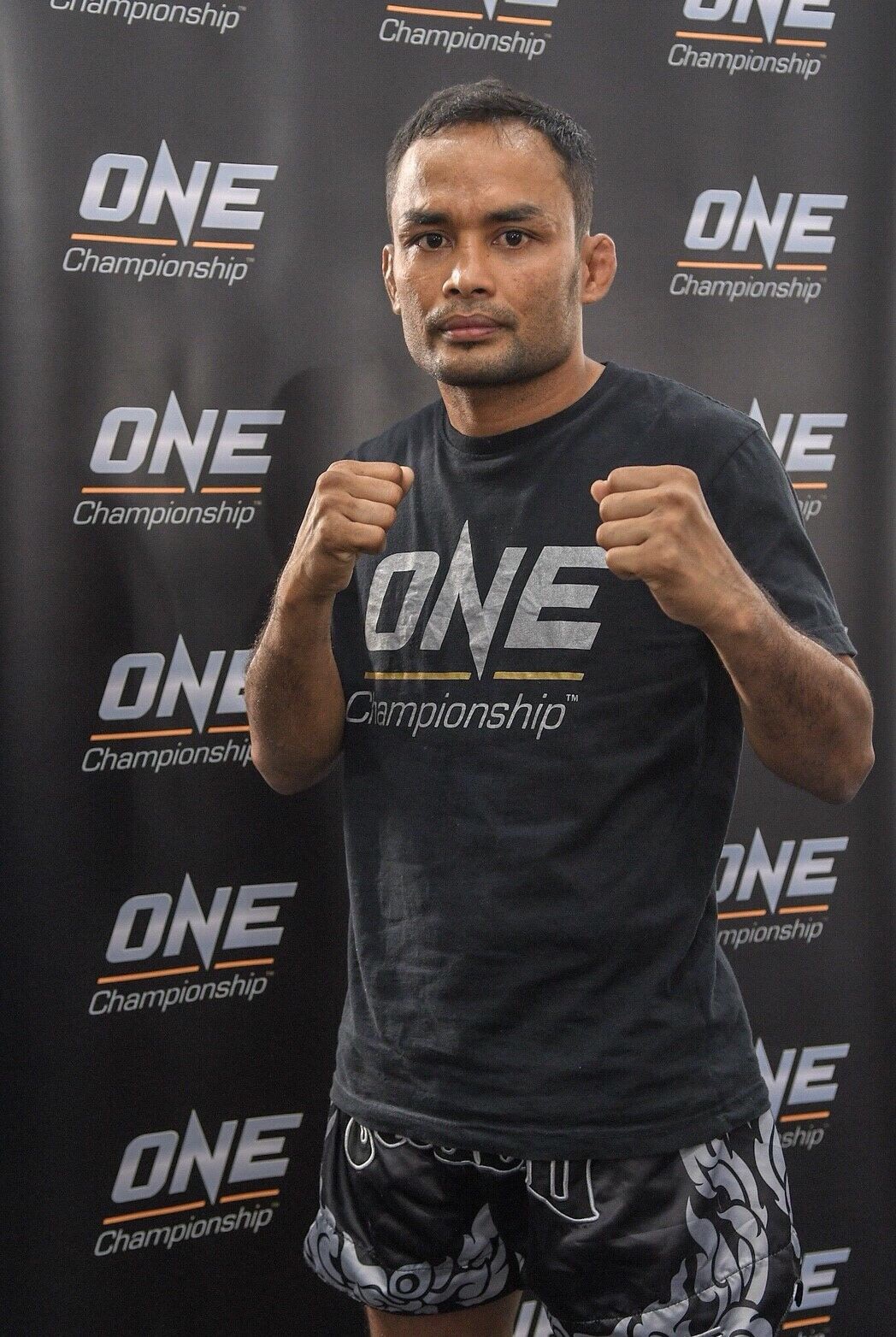 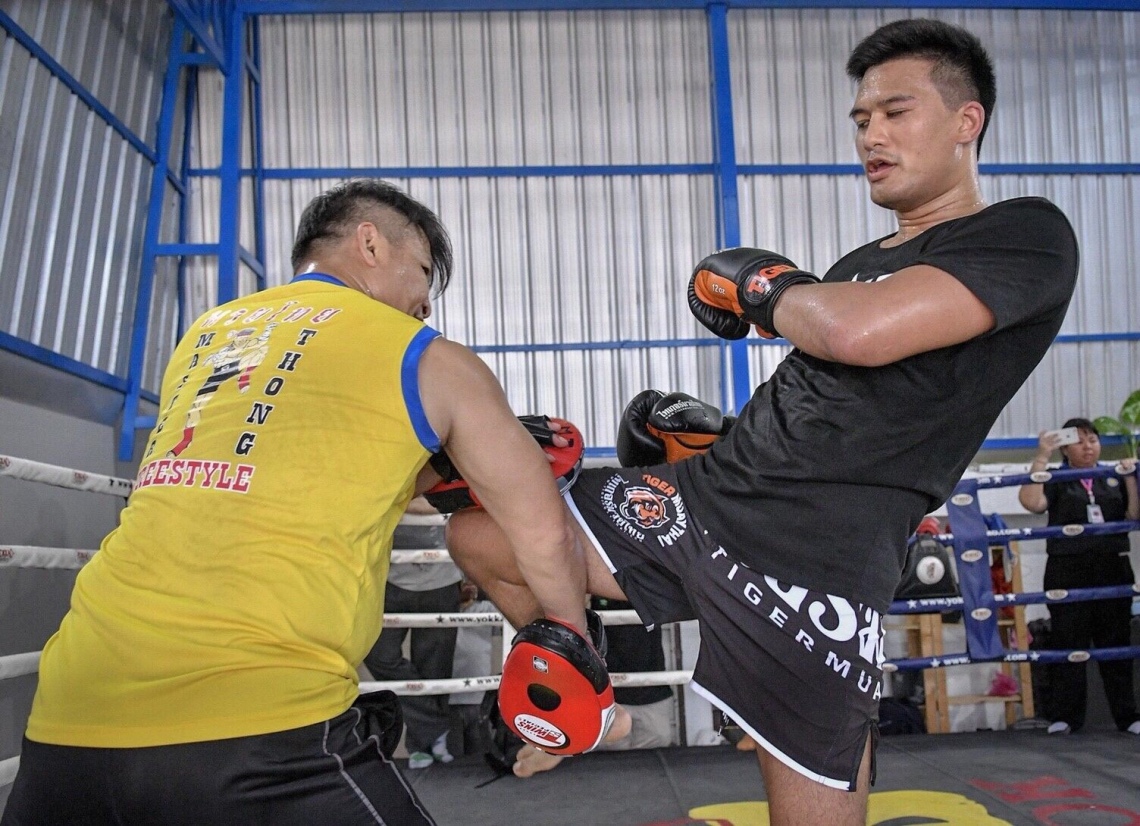 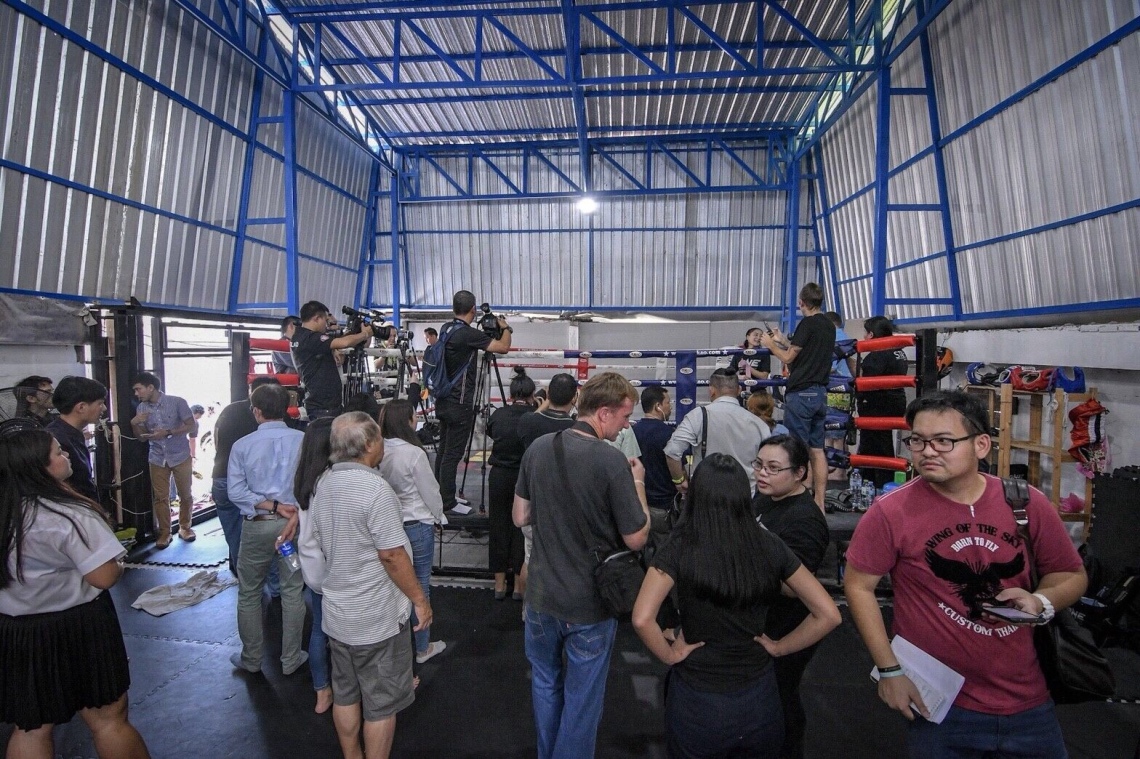 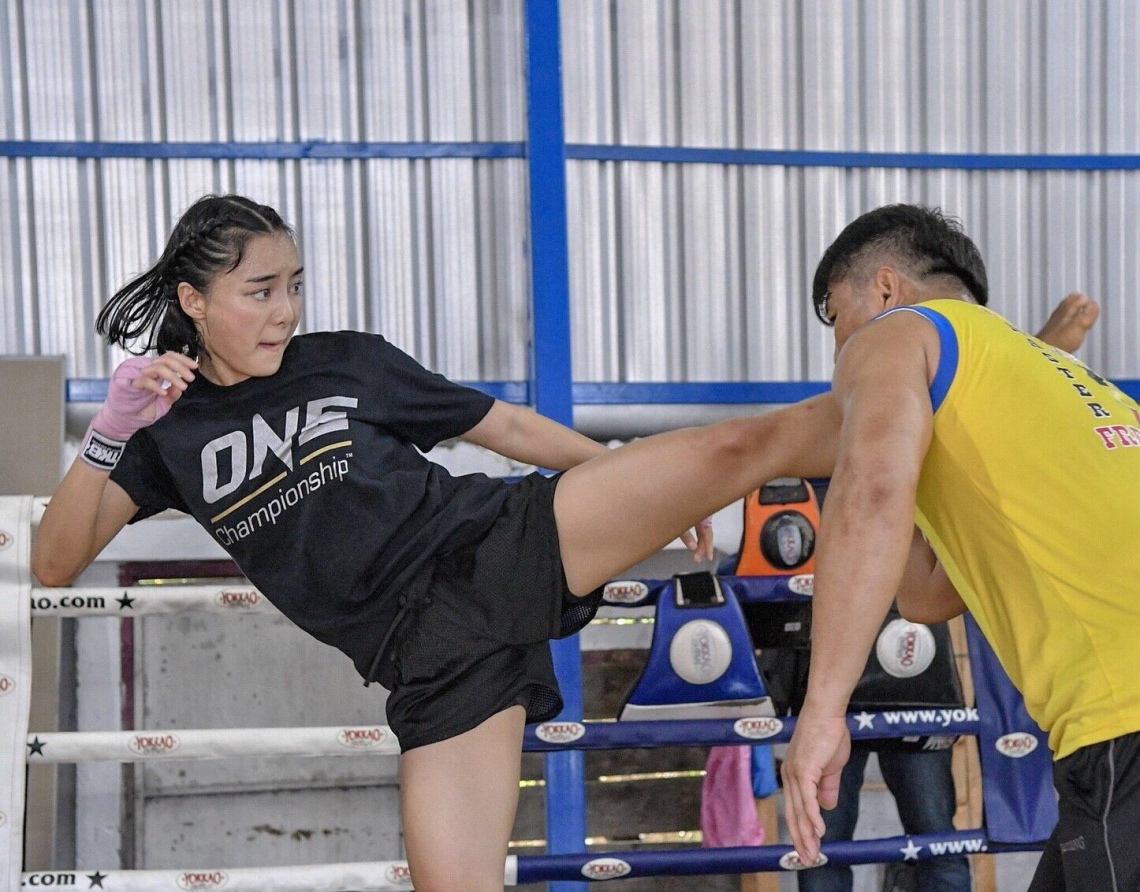