Due to the fact today is the start of my 28th year, this week’s #FlashbackFridayFight post takes it back to 2005 to one of my personal favorite fights ever.

At UFC 52, Matt Hughes fought Frank Trigg for the second time. Hughes was the UFC welterweight champion at the time, and he was ranked as the #1 pound for pound fighter in the world.

“The greatest fight I have ever seen, ever been to, ever. It was my favorite fight ever,” said UFC President Dana White.

To give you a little background, Hughes had already beaten Trigg a short time before. Hughes dominated Trigg and won by rear-naked choke, something that would play a role in their beef for the second fight. Hughes basically came out and said that anyone who loses by rear-naked choke is a white belt (novice), so naturally, that sparked heated dialogue back and forth in the build up to the fight.

Matt Hughes was that dude to me as a kid. I had been a fan for years, but when I started wrestling back in 2002, Matt Hughes took my fandom to another level. Hughes’ wrestling was impeccable and his iron-will couldn’t be touched. He’s proven that in life (i.e. car crash). I still get chills listening to his walk-out song, “A Country Boy Can Survive” by Hank Williams Jr.

The animosity between these two was very much real and, until the in-octagon-staredown, you could cut the tension with a knife. Trigg went nose-to-nose making contact with Hughes and Hughes pushed him back.

With those early theatrics, action inside the cage had the table set for something big.

Hughes was able to press Trigg up against the fence to start working on positioning, but Trigg had other plans. Trigg kicked him in the balls and the referee didn’t see the illegal strike. Trigg stayed hot after Hughes even though he knew he hurt him with a low blow. For that matter, he tried to capitalize and finish Hughes right then and there by. – you guessed it – rear-naked choke. 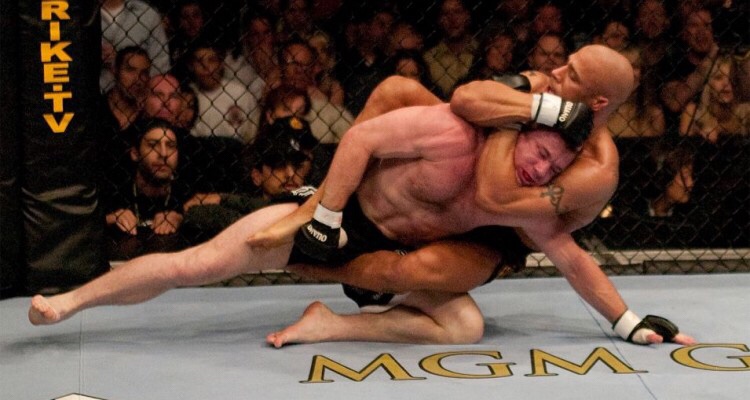 Let’s revisit that iron will of Matt Hughes. He was so determined to beat Frank Trigg again that his face was damn near purple from the choke, but he was eventually able to break free. He had a neck like concrete to be able to escape a deep chokehold like that.

From there, it was like Billy Madison playing dodgeball, “Now you’re all in big, big trouble.” 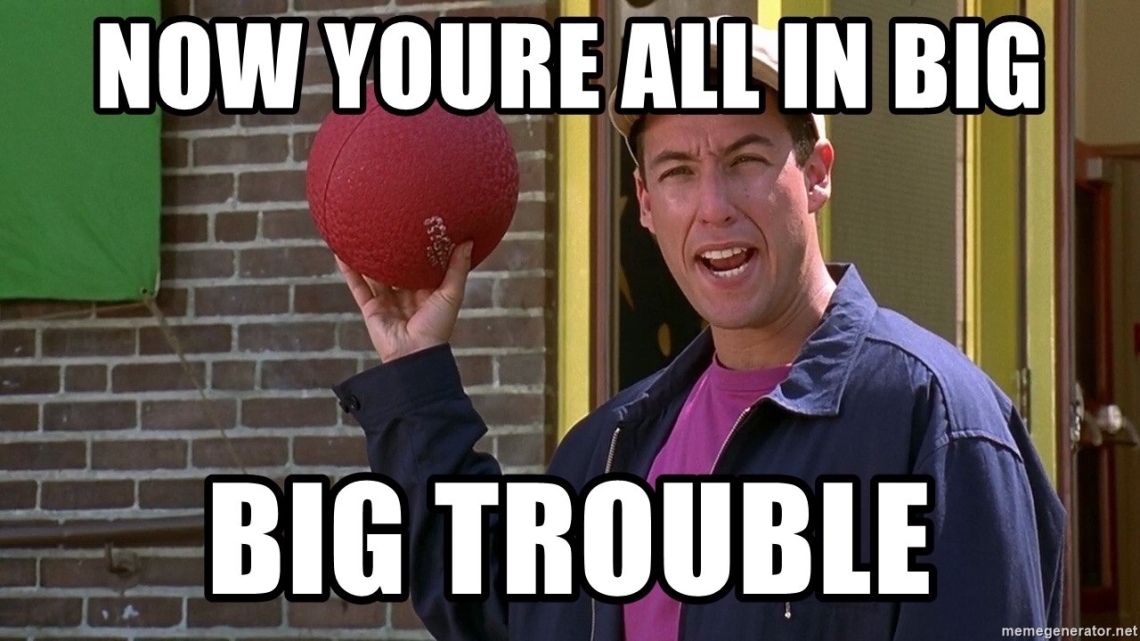 Hughes lifted Trigg up over his head, ran across the octagon, and then slammed him down. At that moment, I remember myself, my dad, and the couple friends that came over to watch flying up off the couch with excitement.

Hughes transitioned to full mount after the takedown and ground and pound ensued. Hughes attempted a choke, but Trigg defended it, which Hughes was happy for.

“It’s the first I was actually pissed where I wanted to hurt my opponent,” Hughes said. “When he rolled back over and didn’t give me the choke, I was actually pretty happy because I got to throw more elbows.”

The punishment was too much for Trigg and he once again gave up his back and Hughes choked him out.

“The greatest fight I have ever seen, ever been to, ever. It was my favorite fight ever,” said UFC President Dana White.

All of this in just one round.

-Jordan Kurtz is a founding member of Comments From The Peanut Gallery.